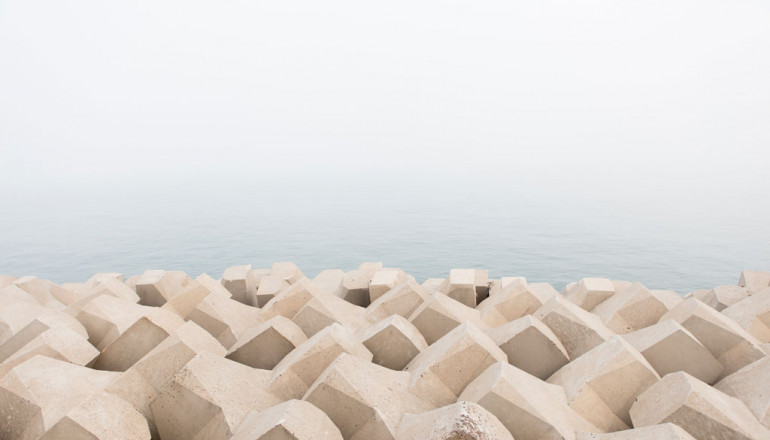 China in focus: Transport and logistics in the stone industry

With its increasing market economy and upgraded level of general national income, the Chinese stone industry has developed rapidly over the past decades. China has actually become the world’s largest stone market – not only in production but also consumption. In this blog article, I will dig deep into the mines of China and talk about supply and demand as well as the future of the stone industry.

Stone distribution in China is focused to the southeast coast

Stone is mainly distributed from three provinces in China. There are the Fujian and Guangdong provinces in the south and the Shandong province in the east. The Fujian province is the largest with more than 80% of all Chinese stone products being processed there. Most of our stone factory customers in China are located in Shuitou and Quanzhou in the Fujian province about 100 km from our Greencarrier Freight Services office in Xiamen.

In 2015, China exported and imported a total volume of 44 million tonnes of stone to a total value of more than 10.7 billion USD. As much as it may sound, it was the first time in the past decade that the numbers dropped. This is because of a shift in China’s economic development where growth has slowed down to a more sustainable rate of 7% compared to the previous high-speed growth rate of 10%, which led to a massive construction activity.

At the same time, environmental constraints are becoming increasingly prominent as China is now investing largely in sustainable energy resources and raising environmental awareness on a national level. As a result of the previous high-speed economic growth related to construction, entailed by the development of resource-dependent industries, and the increased sustainability focus, the stone industry faces a number of challenges today.

Challenges in the Chinese stone industry

Although the stone industry in China has developed rapidly over the past 30 years, many of the stone factories are still family workshops. They are in general too small to be affected by China’s market economy. But due to the implementation of new environmental protection policies affecting the stone factories – and moreover – the costs that follow, many family workshops are forced to close down. They simply cannot afford to meet the new policies.

Meanwhile, bigger stone enterprises are taking their chance to improve their equipment, technologies and designs to lead the stone industry towards a more sustainable future. This has resulted in Chinese stone products becoming more competitive on the global market, and also to China importing huge amounts of stone such as rough granite. A great part of the demand for stone in China has always been for the domestic market, but with the new position on the global market, the country itself cannot meet its own demand. As “the factory of the world”, which China is so often referred to, stone is to a large extent imported from other countries to be processed in China and then consumed or exported to other countries.

Challenges when handling the transport and logistics of stone

There are also a number of challenges when it comes to handling the transport and logistics of stone. Stone is mainly transported in containers by sea, road or rail, and likely never by air. However, stone in granular form is often transported as bulk cargo by bulk cargo ships. Regardless of mode, well-planned transportation is a critical component in the stone industry. Every stone deposit is unique and requires different equipment and logistics. As stone is extremely dense and heavy, transportation can quickly become expensive both economically and environmentally, if not carried out the right way.

Container repair charges are considered one of the biggest problems when it comes to transporting stone such as rough granite. Many liners consider stone to be the main reason for container damage during loading and discharge and, therefore, the repair charges are often high. Another big challenge when transporting stone is space. In peak season, liners offer only limited space for stone cargo because of the weight of the stone. It is important never to exceed the maximum payload when transporting heavy cargo, as safety should always come first.

By carefully planning the transport and logistics of stone, it is possible to avoid accidents and high repair charges as well as negative impacts on the environment – and instead, benefit from safe and efficient shipments.

Greencarrier Freight Services provides stone factories with transports and logistics of stone to and from China as well as globally. In 2015, we exported about 10.000 TEUs containers of rough granite from Norway and Finland to Xiamen in China. By cooperation between our Larvik office and Xiamen office, we make sure everything is in order in terms of not only transport and logistics, but also customs, insurance and distribution. Meanwhile, our Xiamen office handled the transport and logistics of about 700 TEUs of processed stone products back to Scandinavia in 2015.

I hope you enjoyed reading my blog post! Would you like to know more about our transport and logistics solutions for the stone industry? Don’t hesitate to contact me Also visit Greencarrier Freight Services’ website for more information about our sea, road, and rail solutions. 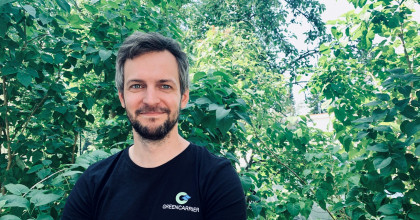 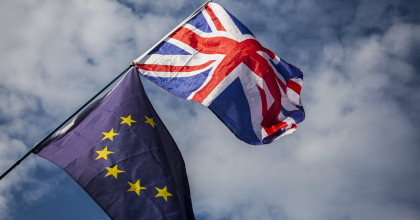 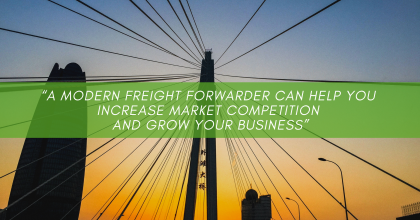